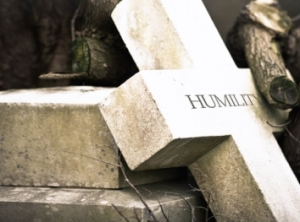 “Humility comes easy to me,” she said. “In fact, sometimes I think I’m too humble.” It was our weekly women’s Bible study, and the topic for discussion was unity. We were looking at Philippians 2:3, “Do nothing out of selfish ambition or vain conceit. Rather, in humility value others above yourselves.” Our group leader had posed the question of whether any of us struggled with humility, and she was going around the table, letting each woman share her experience. Yes, humility is extremely hard, one lady said. I have a difficult time being humble in my relationship with my husband, confessed another. I find it hard to admit to my children that I was wrong, said a third.
Each lady’s situation was different, but we all had this in common: When in an argument with someone, or when confronted with personal sin, our natural response wasn’t to zip the lip, allow the other person to give us a piece of their mind, and happily acquiesce. We were a lot more likely to defend ourselves, talk back, and feel offended at the criticism – even if well-deserved. We agreed that trying to emulate Jesus, who was silent before His accusers, was very much a challenge.
Then the turn came to the woman seated directly across from me. Unlike the rest of us, she said humility wasn’t hard for her at all, and she went on to give some examples from her daily life of how she often found herself being “too humble”.
The room had gotten so quiet you could hear the proverbial pin drop. I don’t know what the other ladies were thinking, but our group leader seemed impressed. She excitedly thanked the young woman for sharing about her victory over pride, giving the rest of us hope that we, too, could win the struggle.
I felt a bit uneasy. Was it really that simple? If you make the statement that you are humble, does that not nullify your claim to humility? Is it not, in fact, proud to declare that you are humble?
Another thing: Whenever we feel that we have arrived in our Christian walk, isn’t this in reality because we fail to see ourselves the way God sees us? Isn’t it an indication that we need to venture much farther into the Holy of Holiest to get a better perception of God’s glory? The closer we draw to God, letting the brilliant light of His holiness shine upon us, the more clearly we are going to see our own sins for what they are. In the light of His splendor, all our good works – including our perceived humility – look like filthy rags. The more we focus on His fullness, the more we are going to recognize how much we are truly lacking.
As I listened to my sister talk, I felt a sudden urge to point out to her the fallacy of her statement (could it have been my pride?;-) but that would have meant embarrassing her in front of the the group. So I said nothing. Later, however, I thought about how pride often disguises itself as humility, and how, at those times when we feel resourceful and self-sufficient, we do well to heed the warning of 1 Corinthians 10:12, “If you think you are standing firm, be careful that you don’t fall!”
Satan loves to attack the unsuspecting Christian, the person who isn’t trusting fully in God and has failed to put on his spiritual armor. It’s when we think we’re being a “victorious Christian” that we’re the most prone to stumble. Those are also the times when God, in His loving discipline, often sees it fit to bring a test into our lives to show us what we’re really made of; that perhaps we aren’t quite as kind, patient, forgiving – or, yes, humble – as we would like to believe.
I don’t know this sister’s heart. I don’t know how long she’s been a believer or how mature she is in her faith. I do think, however, that when a professing Christian claims to have won the battle with pride, it is cause for some concern. Because isn’t it true that if you truly belong to Christ, and you’re growing in your relationship with Him, you’re only going to become increasingly aware of your own sin?
Humility, the way I see it, is a little different than the other virtues and disciplines we pursue. You may say that by the grace of God you’ve conquered your fears or your lust issues, learned to forgive, or made radical improvement in the area of self-discipline. That’s fine. I take no issue with that. When it comes to humility, on the other hand, it seems to me that the moment you think you’ve got it, you’ve actually lost it…